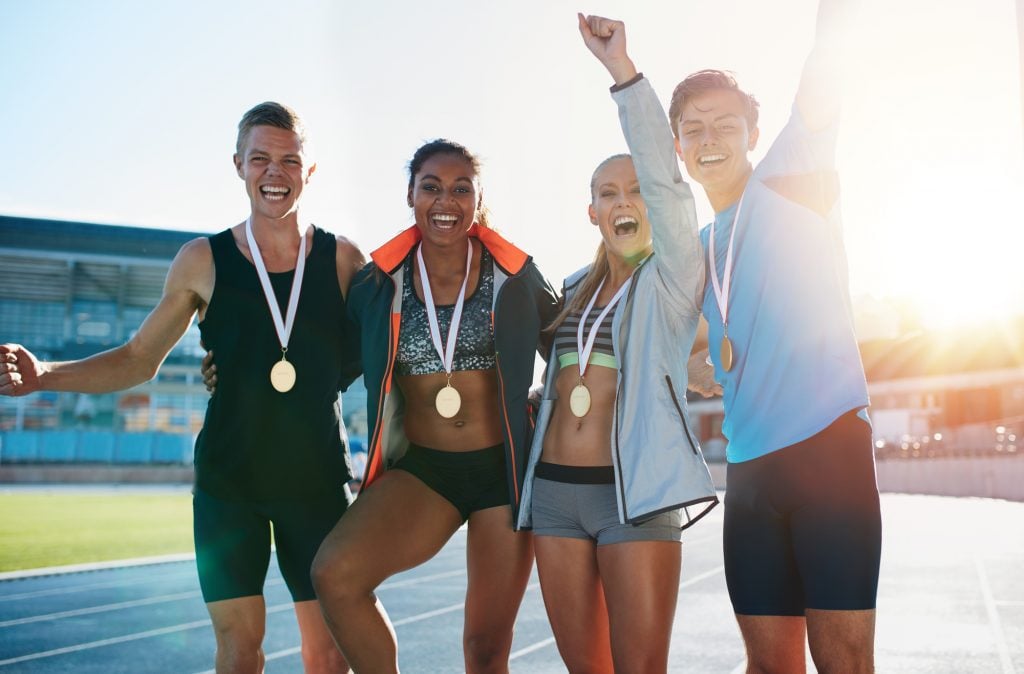 It’s time to add a new sport to that line of thought: pin trading. It’s not done for medals, but it’s got just as long a history as the medal sports. Every summer and winter, athletes, reporters, and Olympic fans all trade pins with each other as a way to forge connections and keep a scrapbook of their adventures.

Read on to find out more about trading pins at the Olympic Games.

The first modern Olympic Games were in Athens in the spring of 1896. The United State’s sent 13 athletes, none of whom were professionals, and no country sent so much as a single female athlete to represent them in Greece. It was considered unladylike for women to participate in sports; their job was instead to applaud and support the men.

But if you took someone from 1896, stuck them in a time machine, and sent them to the 2018 Winter Games in South Korea, they would at least recognize the Olympic pin trading. At the first games, athletes traded cardboard badges; spectator pins weren’t available for purchase until 1912.

The basic idea was the same, though, as the pins were supposed to be a sign of goodwill that exists between nations every time the Olympics roll around. Countries that don’t get along the rest of the time can generally set aside their differences and respect each other on the field of play.

Unfortunately, the pins aren’t always manufactured for a noble cause. The 1936 Olympic Games in Berlin gave the Nazis a chance to produce a bunch of Olympic pins and pass them around as propaganda.

The modern Olympics wouldn’t exist with a ton of corporate sponsors, and those sponsors also love pins. In fact, Coca-Cola set up the first official pin trading center during the Calgary games of 1988.

Only a select few at the Olympics will walk away with a gold, silver, or bronze medal, but almost anyone can become a pin collector. Pins are often made for participants in each individual sport as well, which means that it’s not unheard of to see a big-time athlete trading pins.

Pins can go on hats, lanyards, or elsewhere. In 2012, a New York Times journalist reported that he and his fellow media members typically stuck the pins they received on the strap that bears their Olympic press pass.

You should stick to bartering for Olympic pin connections. Offering someone money for a pin is considered uncouth, although it still happens sometimes, especially when Games officials aren’t looking.

You don’t have to go to another country to get into pin trading, either. If you’re attending a youth baseball tournament in Cooperstown, you’ll find plenty of opportunities to participate in pin trading with other baseball enthusiasts.

We can provide unique, cost-efficient teams for you and your team members to wear and trade with pride. We use graphic artists, not templates, because we know quality pins lead to quality memories.

Ready to play ball? Then contact us for a free trading pin quote.