Trading baseball pins can be a great venture for sports fanatics, and those looking to make a buck. Here are some pins to hold onto for the future. 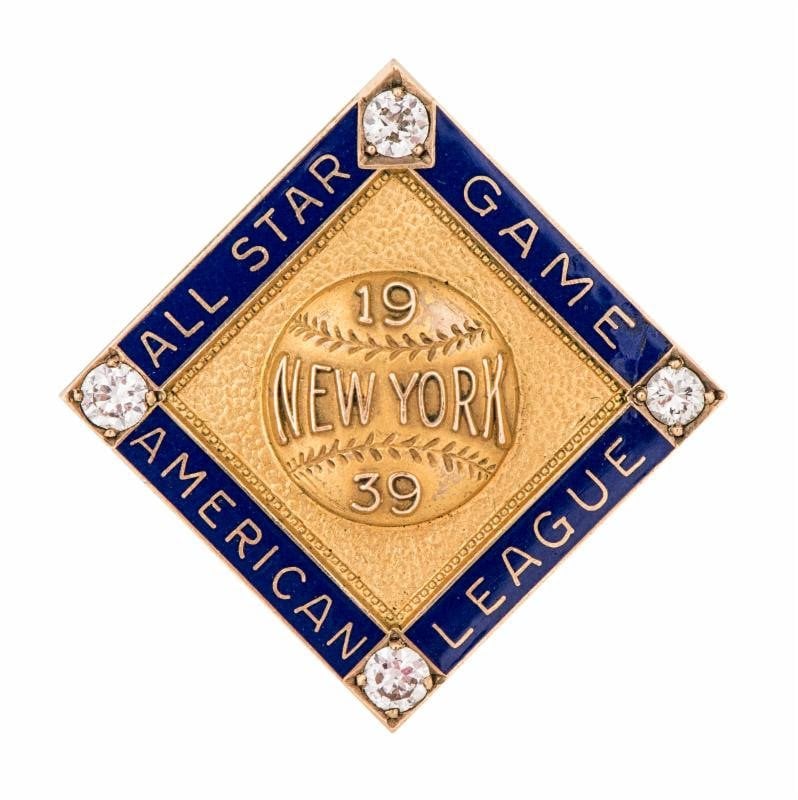 Trading baseball pins is a tradition almost as old as the sport itself. But nowhere in the world is trading more popular than in Cooperstown, New York

Known for the Baseball Hall of Fame and their elite youth facilities, Cooperstown is also known for the huge baseball trading scene.

Every youth team who comes to play in Cooperstown brings their own unique team pin. The pins are then traded between the teams. This is a fun way for the teams to get to know each other, learn where the other teams are from, and then end up with a unique collection of pins to take home with them.

For most players, it can be the highlight of the trip.

But trading baseball pins has a rich history that started long before the youth tournaments.

Trading baseball pins can be a great venture for sports fanatics, and those looking to make a buck. Here are some pins to hold on to for the future.

The rarest of all sports pins are the baseball press pins. In fact, most people — even sports memorabilia collectors, didn’t even realize they were a thing.

Before 1911, there was a problem with managers (particularly the Giants manager John McGraw) bringing their friends into the games and letting them sit in the press box.

The sportswriters banded together and made the Baseball Writers Association. One new requirement to be allowed in the press box was you had to have an official press pin.

There are only three known pins from this series. If you could get your hands on one of these from the 1911 World Series, it would set you back a cool $50,000.00.

As you would expect, 1912 is also a hot year for press pins. The teams that played that year were the Giants and the Boston Red Sox.

This was also the first year that Fenway Park opened in Boston and as you know, the Red Sox are still playing there.

So among Boston fans, this is a particularly hot pin to have.

In 1927 the New York Yankees swept the Pittsburg Pirates in 4 straight games. The Yankees arguably had one of the best teams ever that year. Their roster included greats such as Lou Gehrig and Babe Ruth.

In 1956, Topps took a break from making cards and made a set of baseball pins instead.

Topps produced a set of 60 player pins, 11 of which are now Hall of Famers. This set of pins included players such as Willie Mayes, Jackie Robison, and Hank Aaron.

Not a bad investment of your money.

I mean, we even sing about them during the seventh inning stretch.

Imagine having a Cracker Jacks collector’s item from a box from the thirties. This Cracker Jack prize was a pin of Lou Gehrig. The pin now is worth over $500. Scratches and all.

Jackie Robinson was the first black athlete to play Major Leauge Baseball. He played for the Brooklyn Dodgers in 1947 and won Rookie of the Year that same year.

His Rookie trading pin is now worth around $1500. Well worth it to have such a significant piece of history.

Lou Gehrig played his entire career for the New York Yankees. With the nickname of “The Iron Horse”, he set the record of most consecutive games played.

In 1939, Lou Gehrig was diagnosed with ALS, a disease that now carries his name. Two years later, he passed away from complications of his disease. It was a great loss to the game of baseball.

In 1941, The New York Yankees made a memorial pin for their loyal player. A memorial pin in mint condition would cost you anywhere between $500 to $1000.

The words “Never Forgotten” are a stark reminder of the tragic death felt in the baseball community.

This pin would be a sentimental addition to any collection.

8. Keep the Dodgers in Brooklyn

In 1957, protestors gathered in front of Borough Hall to dispute moving the Dodgers out of Brooklyn.

Their goal was to get a petition with over one million signatures. They held up signs and passed out pins to protestors who wanted to keep their baseball team in town.

The pins were blue with the words, “Keep the Dodgers in Brooklyn” written in white.

These pins are very rare. They can be distinguished by the Union symbol on the back. The authentic pins are sold anywhere from $500 to $900 depending on their condition.

The Most Valuable Baseball Pins

Through our research, we have found that baseball press pins seem to be the most valuable because there aren’t as many produced.

If you happen upon a press pin from one of the earlier World Series, there’s no telling how much that pin could be worth someday.

After that, any pin that commemorates a significant time in history is always worth a lot of money. The first black Rookie of the year or remembering one of the greats are examples of historical events that are significant and important to a lot of pin traders.

The pins that no monetary value can be placed on.

That’s what so great about baseball pins. Whether are you trading them with fellow youth teams to commemorate a once-in-a-lifetime trip to Cooperstown, or you are collecting the most valuable pins in baseball history, Each pin has a unique story to tell.

So come check us out if you are ever in need of some of your very own baseball pins.